Reflections from a Community Artist by Faduma Hasan

Reflections from a Community Artist by Faduma Hasan 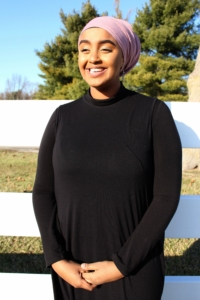 Growing up with Somali parents for every Somali is a completely different experience. My parents promoted creativity but like most parents, education was the top priority. They always encouraged me to find my passion, they encouraged me to choose a career that I would love, of course with the many options there are, my young self went from everything from a fashion designer to a neurosurgeon. To this day, they promote that same message to my younger siblings.

In high school, I was given many opportunities to exemplify my creativity and it wasn’t until about sophomore and junior year that I really put my skills to good use. I was a part of my school’s newspaper, WC News, and served as a staff writer and photographer. I heard about Urur Dhex-Dhexaad Ah: Community In-Between through a friend of mine, Safia Hersi. After initially hearing about it, I was told to be a part of it two more times, by my uncle and an art teacher whose class I had never actually taken. After hearing about it from two unrelated people I thought, okay fine I’ll do it! Once I began talking to Qorsho and Ruth via email, they were really nice and I was really excited to begin work!

In July, we had our three day workshop, where we met Riya Jama as well as a few of the participants that we would be shooting. Learning about the project as well as our roles was so exciting because the pictures we were taking in that moment were going to be a part of something really special. To me, this project has opened my eyes to a community of people around that I almost didn’t know existed. I’ve learned that Somali people are so diverse amongst themselves, especially in the workforce and in their individual ways of giving back to the community, and it’s just so beautiful.

Currently, I am working on a project of my own called Queens and Crowns where I am capturing Muslims girls of different ethnic backgrounds and discovering what hijab is like through their eyes. As for where the rest of my journey is heading, in a couple weeks, I will begin attending The Ohio State University, where I will be majoring in international business and public affairs.